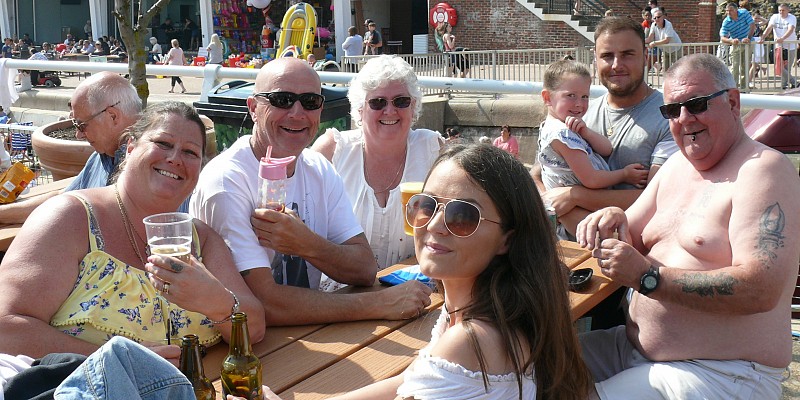 The crowds flocked to Clacton Pier again this bank holiday weekend helping to make it one of the busiest Mays on record.

The sun shone and it followed up the success of the early May weekend – but visitors were being careful what they spent.

With the 6.5acre landmark free to enter there were plenty taking a walk and a peep at the progress on the new £4 million development which will be completed in July. However, it didn’t translate into record takings at the tills.

Pier Director Billy Ball said it is all part of the business and something you have to learn to accept.

“The footfall has been great on both bank holidays - probably the most we have seen for May – but people are being cautious,” he said.

“I can understand that in the current climate and while the sun brings them out in great numbers that doesn’t always equate to them digging deep into their pockets. Also most people don’t get paid until the end of the month.

“However, we are not complaining and we ticked over nicely and it was great exposure for the Pier. Hopefully they will come back again when they have more to spend.”

There was free entertainment for the children and live music for the adults with the third free fireworks extravaganza of the year on Sunday evening.

“It was good to see Clacton buzzing after the disappointment of the news about Marks and Spencer due to pull out of the town next year,” added Mr Ball. “We needed the great weather to put smiles back on faces.”

Circus Fantasia presented the Clacton Pier Circus starting on the Saturday and that brought in a number of new faces on the Pier and it was well received.

Now it’s full steam ahead with work on the new development as contractors return after the weekend break.

Considerable progress has been made on Skull Point Adventure Golf Course, the Dockside Dodgems and other new attractions.