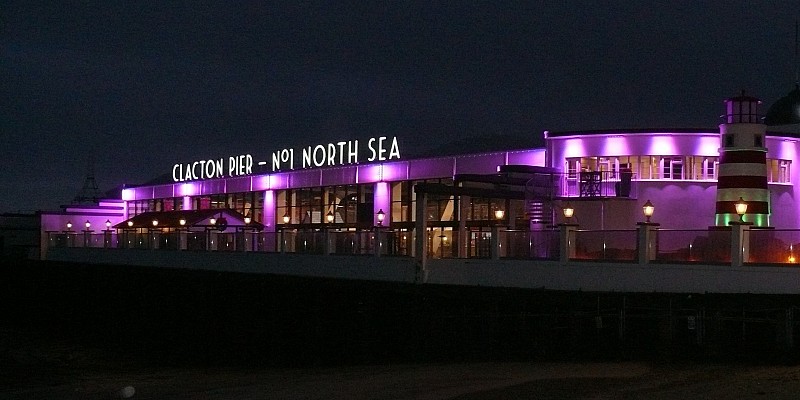 The initiative is co-ordinated by CARA (Centre for Action on Rape an Abuse), a charity working with victims and survivors of sexual violence and child sexual abuse from across mid and north Essex, including from outreach premises in Clacton and Harwich.  Over the last year, CARA has supported just under 1,200 adults, young people and children, with over 220 coming from Tendring alone.

Sadly, sexual violence and child sexual abuse are very common, particularly affecting women and girls.  The Ministry of Justice estimates that more than 1 in 5 women and up to 1 in 10 men has experienced some form of sexual violence since the age of 16.   The NSPCC estimates that 1 in 20 children has been sexually abused – that’s one or two children in every school classroom.

2019 is CARA’s 30th year of supporting survivors of sexual violence and child sexual abuse and Turning Clacton Purple is the first in a series of events planned to mark this milestone.

CARA was originally formed in 1989 as Colchester Rape Crisis Line, starting as a small volunteer-run group supporting women from a tiny office in Colchester.  Colchester Rape Crisis Line registered as a charity in 1990 and became CARA (Centre for Action on Rape and Abuse) in 2008, reflecting the much wider area of Essex the charity had started to cover and the large number of survivors of child sexual abuse that were seeking support.   Today CARA provides a wide range of services to victims and survivors of sexual violence and child sexual abuse, working with people of all ages and all genders.  CARA has a head office in Colchester and outreach premises in Braintree, Clacton, Chelmsford, Great Dunmow and Harwich.

CARA is hoping to raise £30,000 in its 30th year through events, fundraising activities and donations.

CARA’s Director, Helen Parr said: “Demand for CARA’s services has more than trebled over the last five years and CARA has had to grow very rapidly to respond to this increased demand.  We need to secure funding so that we can support the many victims and survivors of sexual violence and child sexual abuse who need our help - now and in the future.

We are delighted that Clacton Pier and Tendring District Council are supporting us in our 30th year and Turning Clacton Purple for Sexual Abuse and Sexual Violence Awareness Week.”

Clacton Pier Director, Elliot Ball said it is important to get behind any initiative which tries to create safer communities for all.  “The Pier will be proud to turn purple for the week to help raise awareness of this very important issue and support CARA’s vital work to reduce sexual abuse and sexual violence”.

Cllr Lynda McWilliams, Tendring District Council Cabinet Member responsible for Community Safety, said it was important to raise awareness not only of this often-hidden issue, but also for the good work CARA does supporting victims.  “I am pleased that we are able to turn the Town Hall purple and take part in Sexual Abuse and Sexual Violence Awareness Week – particularly in 2019 which is CARA’s 30th anniversary,” Cllr McWilliams said.

“While it is a shame CARA is needed at all, it is vital we do all that we can to support those who are victims to some of the most horrific crimes.”

To find out more about the services CARA provides, make a donation to the support the charity’s work or find out about the events CARA has planned for its 30th year go to www.caraessex.org.uk 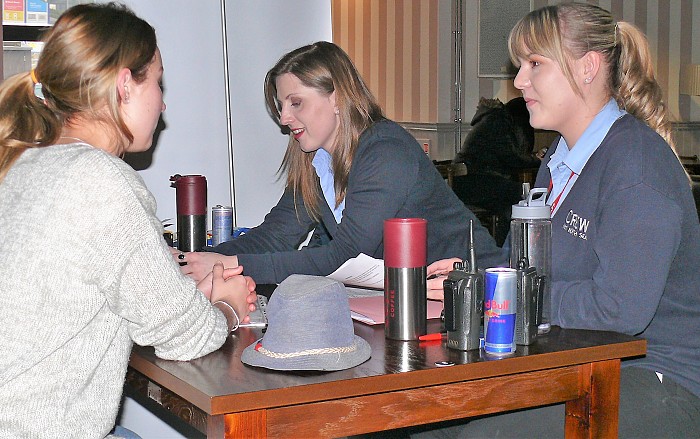 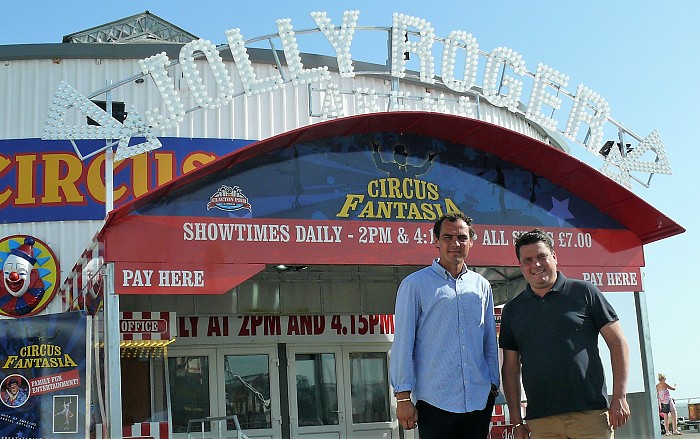 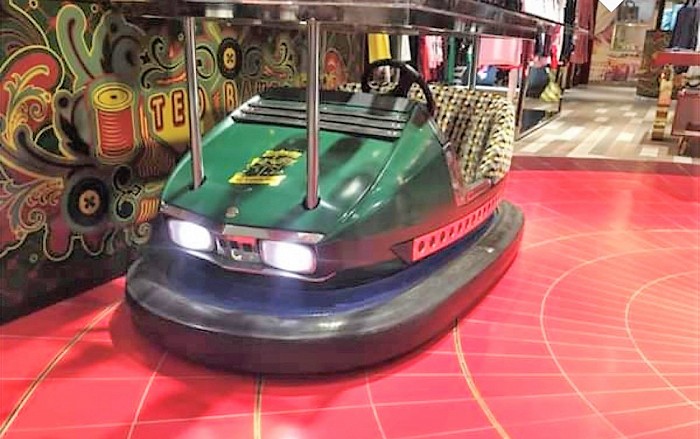 It is wonderful to see the pier is lighting up for CARA and supporting this great cause.
I overlook the pier from where I live and I would like to see this important local landmark glowing in pink like the town hall and castle in neighbouring Colchester for organ donation week. The buzz from this will encourage potential organ donors to join the register and discuss donation with their family like the same success of the Colchester landmarks.
Starting on the 3rd September Organ Donation Week will see individuals and organisations across the United Kingdom working to raise awareness of the important need for families to talk about organ donation to help save lives.
A key part of the campaign is encouraging conversations in communities and NHSBT teams across the nation are working with organisations to light up buildings, monuments and other tourist attractions pink for some or all of the week.
We really hope that you can get behind this vital campaign and help NHSBT light up the skyline pink during Organ Donation Week information can be found on the NHSBT website.

What does the pier director think of this important issue?