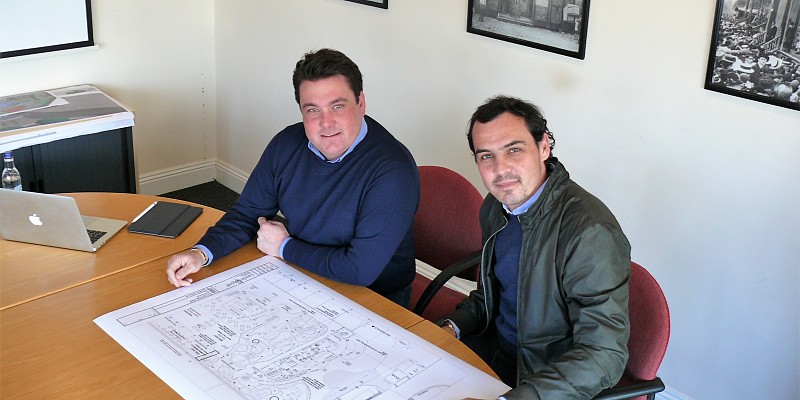 Work has started on phase one of a master plan to refurbish Clacton Pier and make it an all-weather 52 weeks a year attraction.

The projects already underway are costing in excess of £225,000 - but the total amount to be invested will be a seven figure sum.

They involve modernising and strengthening the infrastructure of the Pier ready for a significant upgrade and phase two which will take place from the end of the season.

This week piles and beam repairs to the east side of the structure and the car park will get underway. The area being upgraded is relatively untouched from the 1930s and will be transformed.

Pier Director Billy Ball said that the areas under refurbishment are 90 years old and the aim is improve them ready for the next 90 years and more.

“We have already removed an old workshop on the east side and reconcreted ready for new attractions later this year,” he said.

“People have started to notice that something is taking place and we will be putting up a sign on the wall on the east side saying ‘Watch this space – more fun to come.’

“We hope to keep any disruption to an absolute minimum but we can achieve much more in the summer when the weather is in our favour and the long term gain will be worth the short term pain.”

The existing parking area on the Pier is to be removed and replaced with more outside seating and used to extend the food and drink offer. At the same time it will improve safety as it will mean less vehicle movements in that area.

On the west side of the Pier a scheme is already underway to replace an old transformer with a new one which will provide all the power needed to run the Pier as it adds new features.

“We will be doubling the amount of power available and getting rid of an old transformer which has been there since the year dot,” added Mr Ball.

“The replacement will be to modern standards and much more environmentally friendly.

“This is all just a taster of what is to come over the next 12 months and beyond as we try to make every square foot of the Pier to pay for itself.

“We have six acres of real estate sticking out into the sea and when we took over nothing was being done with about four acres - and that had to change.

“Everything we do is about sustainability and making a 146-year-old structure relevant to today’s leisure needs.”