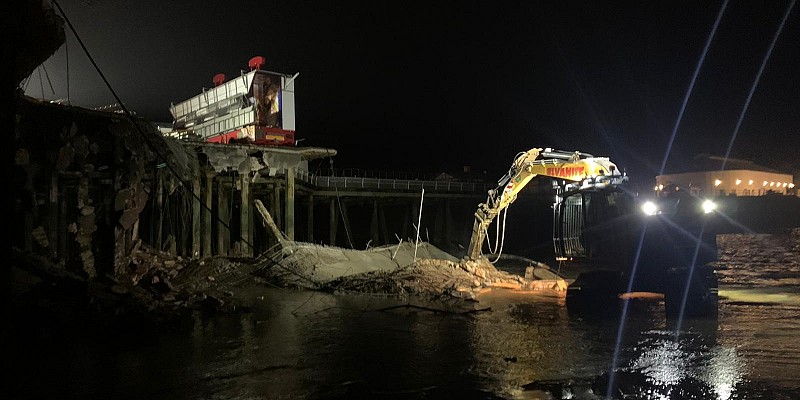 A clear-up operation is well underway at Clacton Pier after a small section of the outside ride deck collapsed into the sea.

Contractors, management and staff have been working around the tide to remove debris from the seabed and have it taken away.

The collapse, which occurred around 11am yesterday, took place while structural refurbishment work was being carried out to strengthen the existing concrete deck area which had been home to Stella’s Revenge in readiness for the Looping Star.

Contractors were on site within three hours and by 10.30pm the section had been made safe and around 50 per cent of the rubble had been collected.

By 9.30am today the operation had begun again on the next low tide and extra people were brought in to make sure the scheme was carried out as quickly as possible.

Director Billy Ball said every possible resource was put into the clear-up.

“This was important with Storm Dennis imminent and because as a business we wanted it to take place without delay,” he added.

“Our structural engineers were very impressed with the progress that was made in such a short period of time, less than 24 hours.”

Mr Ball said that the structural engineers are still assessing the damage and what may have caused it.

“At this point we believe that a combination of the effects of last week’s tidal surge and the removal of Stella’s Revenge from that deck may have made that small section more vulnerable,” he explained.

“Then when we started the work yesterday four bays of the existing concrete slabs failed, and the collapse took place.”

No one was injured and the damaged area has been completely fenced off.

It is only part of the outside deck which has been affected and the front indoor section of the Pier remains open for business as usual. This includes the dodgems, soft play, golf, bowling, seaquarium, amusements and Boardwalk Bar.

It had been hoped to open-up a limited number of rides on Monday for half term, but this has now been delayed until next weekend (22/23) at the earliest.

“We have had lots of customers turning up to the indoor attractions today and have been overwhelmed by their good wishes and encouragement,” Mr Ball added.

“We have received messages from around the world literally, and we are very grateful to all those who have contacted us by phone, on social media and other means.

“What we do ask is that our customers continue to support us by coming to the attractions we do have open and are contained inside and are in no way affected by the collapse.

“It is obviously a difficult time and there is no estimate yet as to when we can carry out the repairs, but it will very much be business as usual in the meantime.” 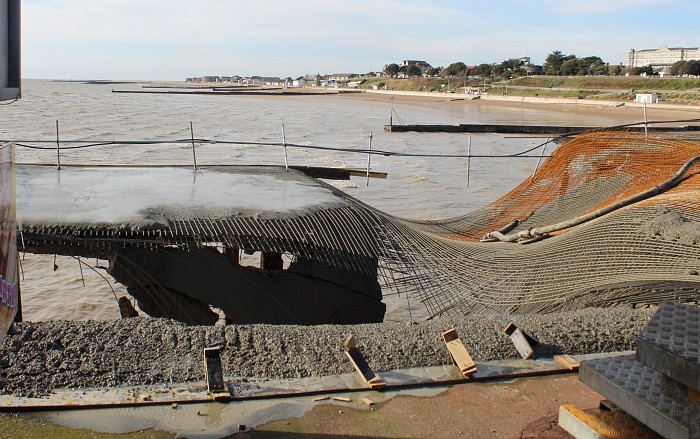 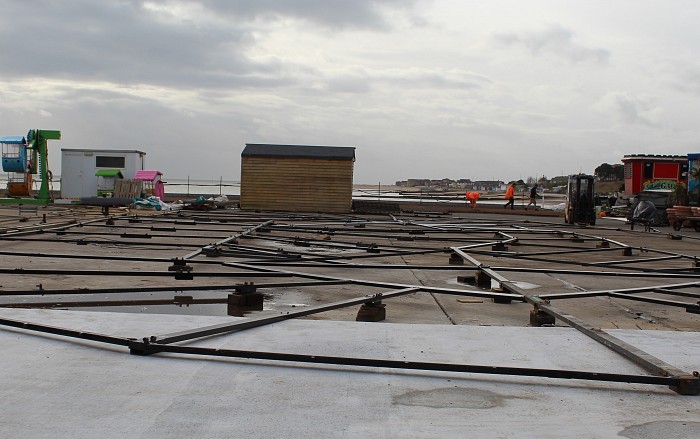 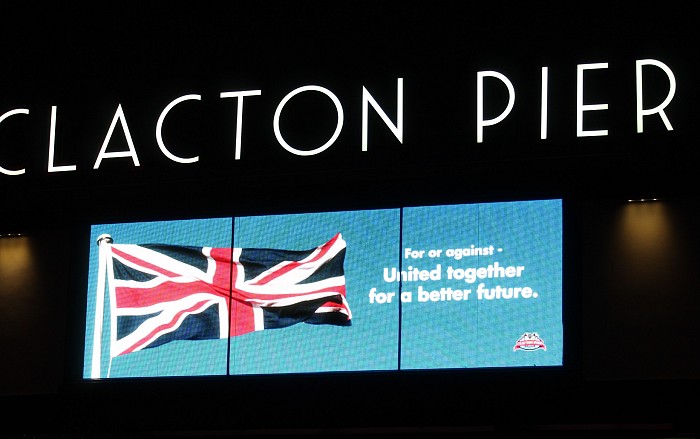 We went today! Spent some time in the arcades and had a fantastic time. I know that the owners would never put anyone at risk. Their investment in the pier has been huge! It’s a quality attraction that the area needs.

T Crapton, don’t go then if you are that much of a snowflake. After an incident like that a damn site more experienced people than you would assessed it to be safe or they would not be allowed to open.

Sorry but I think the whole pier should be closed. I would be too nervous about the safety of the pier to take my grandsons during half term